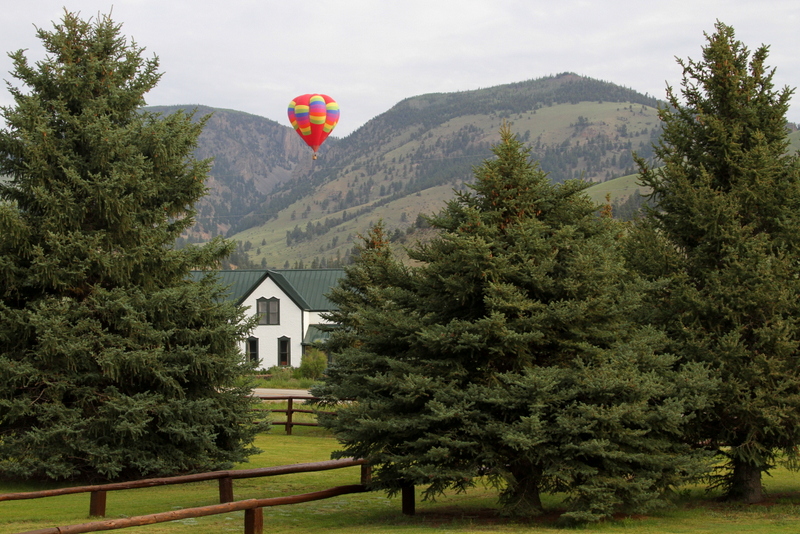 On Labor Day weekend in 2010, a hot air balloon pilot (Rick Simon)  staying at Antler’s Ranch, along with his passenger, called Wason  Ranch requesting permission to land on Wason  property.  Permission was granted and the pilot offered to take ranch  personnel up in a balloon.

The following day, owners and managers from Antler’s Ranch and  Wason Ranch were treated to balloon rides.  After the “mandatory”  initiation in which all balloon passengers must participate, it was  suggested that a Balloon Festival in Creede would be a great idea.

Owners from Antler’s Ranch and Wason Ranch worked together to  make that happen.  Starting in 2011, the Balloon Festival has been  held each year during the Labor Day weekend.

Antler’s Ranch is the driving force behind the festival handling  enrollments, sponsorships and social activities.  Wason Ranch  employees assist with these activities and provide the wide-open  spaces for the balloons to land on ranch property.

Proceeds from the Balloon Festival go to Creede Mining Heritage, a  group responsible for historical preservation work in the Creede area.